Designated a World Heritage Site by UNESCO in 1986, Toledo have not stopped being a very unique city.

Unsurpassed in its details, its history, its culture and charm. The Three Cultures; Muslim, Hebrew and Christian, left their mark on the architectural, artistic and urban areas of the ancient and unique heritage. Churches, synagogues, mosques, monasteries, walls, bridges, towers and a number of cultural and artistic combinations that can be found on the buildings, makes Toledo a unique city.

Toledo is a great example of Spain’s golden age, where jews, christians and muslims lived together in harmony under the muslim control ,

Where some of the most important jewish poetry came from, like Judah Halevi (1086-1145).

Of course a visit to Toledo is not complete without visiting “La sinagoga del trÃ¡nsito”, a very impressive sinagoga rediscovered lately that now also holds the place to a jewish museum.

Losing yourself into its narrow streets, parks and gardens turns your visit into an experience that can’t be compared to any other.

Delve, look, ask … and if you can, here’s a recommendation: lose yourself through the streets.

The fourth time capital throughout its history.

CÃ³rdoba is one of the oldest cities in Europe and the most charming of the whole Iberian Peninsula. Designated a World Heritage Site in 1994. The numerous monuments and attractions created from since the Roman times towards the modern age, attracts hundreds of thousands of tourists every year.

CÃ³rdoba is a crossroad, a privileged location between mountains, the Guadalquivir valley and the countryside, and it has been the capital four times throughout its history. The capital of Andalusia, the most Romanized province of the Empire. The capital of the Umayyad Caliphate in the tenth century. The capital of Judaism thanks to the Jewish Quarter and Maimonides, and the capital of the Christian frontier during the last centuries of the Recapture.
CÃ³rdoba has managed to harmonize the past and present and the different cultures that settled in the city during its two thousand year history.

The old Jewish community, the Jewish Quarter, was fully declared by UNESCO as a World Heritage Site, the best example of the uniqueness of this city.

“Once again, we realize that our heart and memory will forever be entwined to this land (CÃ³rdoba)”.

Sevilla has many different faces, colors, flavors and scents. The city combines a lot of the culture from the south of the country. But there is indeed something special in the city, besides the splendid Arabian architecture, is its people. The Sevillians like social life, they like to talk and they love to meet newcomers. Sevilla is today like it once was, the main economic and cultural center of Andalusia. In Sevilla today, traces of the past are merge better than ever with the unalterable path of a modern society.

There are various versions about when the first jews came to Seville. Some say the first jews came there after the destruction of the first temple in 586 BCE, even though some of the important families in Seville claim to descend of King David and even some identify Seville with the biblical tarshish.

Under the umayyad caliphate the jewish life prospered and jews became important part of trade medicine and textile industry.

Join us in a wonder throw the narrow and ancient streets of the jewish quarter in a trip back in time, where we are gonna rediscover this glorious and important jewish history.

Sevilla has something special.

Granada is a city of monuments, that overflows with character due to the variety of styles. In addition to the Alhambra, known worldwide, don’t forget to visit: the Cathedral, Capilla Real, Monastery of Cartuja, Monastery of San JerÃ³nimo, Science Park and various museums and gardens.

The newly discovered Jewish Quarter already has a synagogue and an interpretation center recently released that will delight its visitors.

Its corners are definitely something that you will love. Keep this in mind in order to feel and savor its beauty.

“In the vision that the Segovia traveler creates, all the monuments in the city stirs up great chaos. The mind becomes full of palaces, chapels, arches, capitals, gates, windows, towers, altars … The imagination dazzles in hours of wonderful memories, from one marvelous moment to another. We can’t suddenly bring order and peace to the admiration.” Azorin

Segovia has an exceptional monumental supply as a result of the great relationship between its heritage assets and artistic wealth. The journey in the capital itself begins with its three world-class treasures- Aqueduct, the Cathedral and the AlcÃ¡zar.
Not so far away we can find the medieval Jewish quarter, which allows us to enter a path of encounter with the past. Places where past Jews generations left their marks and today these can still be observed by the stories told, our language and our culture.

Get to know places like the old Jewish quarter, the Mayor Synagogue, Abraham Seneor’s house.

“Avila, (…) the capital of Spain that lives closer to the sky, it is a tiny, calm, peaceful, walled, distant, noble and silent city. Avila, mystic and traditional, honest and tough, waiting timelessly, a friend at heart to whom one can communicate their diaphanous and mysterious secret.” Camilo José Cela

Avila is the most interesting and best preserved part of the medieval Spanish walled city. The churches, convents and monumental buildings, attached to their teresian memories, make this crowed Spanish population one of these peninsulas where the history of Spain and the way of life of medieval Europe, are expressed more fully.

Documented Jewish presence in Ãvila dates back to 1144, but some legends say that there were jews in Ãvila already in Roman times.

The jewish story of Ãvila has been forgotten for many years, but lately the works of historians managed to recuperate that Ãvila had a rich jewish life, with important part in the trade and comerce and synagogues. As well archaeologists managed to locate the place of the jewish cemetery.

Ãvila was the home of a very important rabbi â€“ Moshe de LeÃ³n â€“ who was the composer of the Zohar, one of the most important kabbalistic books.

Ãvila was as well the home of an interesting story, the story of Nissim Ben Abraham, also known as The Messiah from Ãvila, a false messiah that the famous rabbi Salomon Ben Aderet was one of his big opposers.

So join us and our guides would bring back to life this forgotten part of Ãvila’s history, the jewish history of Ãvila.

Madrid, the capital of Spain is a cosmopolitan city that combines the most modern infrastructures and the status of economic, financial, administrative and service center with an immense cultural and artistic heritage, the legacy of centuries of fascinating history.

One of the great hallmarks is represented through the Journey of Art, where you can find the supply of three art galleries: the Prado, the Thyssen-Bornemisza and the Reina Sofia Museum which holds a collection of spectacular treasures of world art.

Furthermore Madrid hosts a monumental supply: from ancient Arabic and medieval remains to examples of modern architecture, passing through the Madrid of Austria, Madrid has wonderful examples of all architectural styles.

And finally, Madrid is associated with fine dining and shopping in Madrid has one of the best shopping deals across Europe.

Live the life of Madrid! 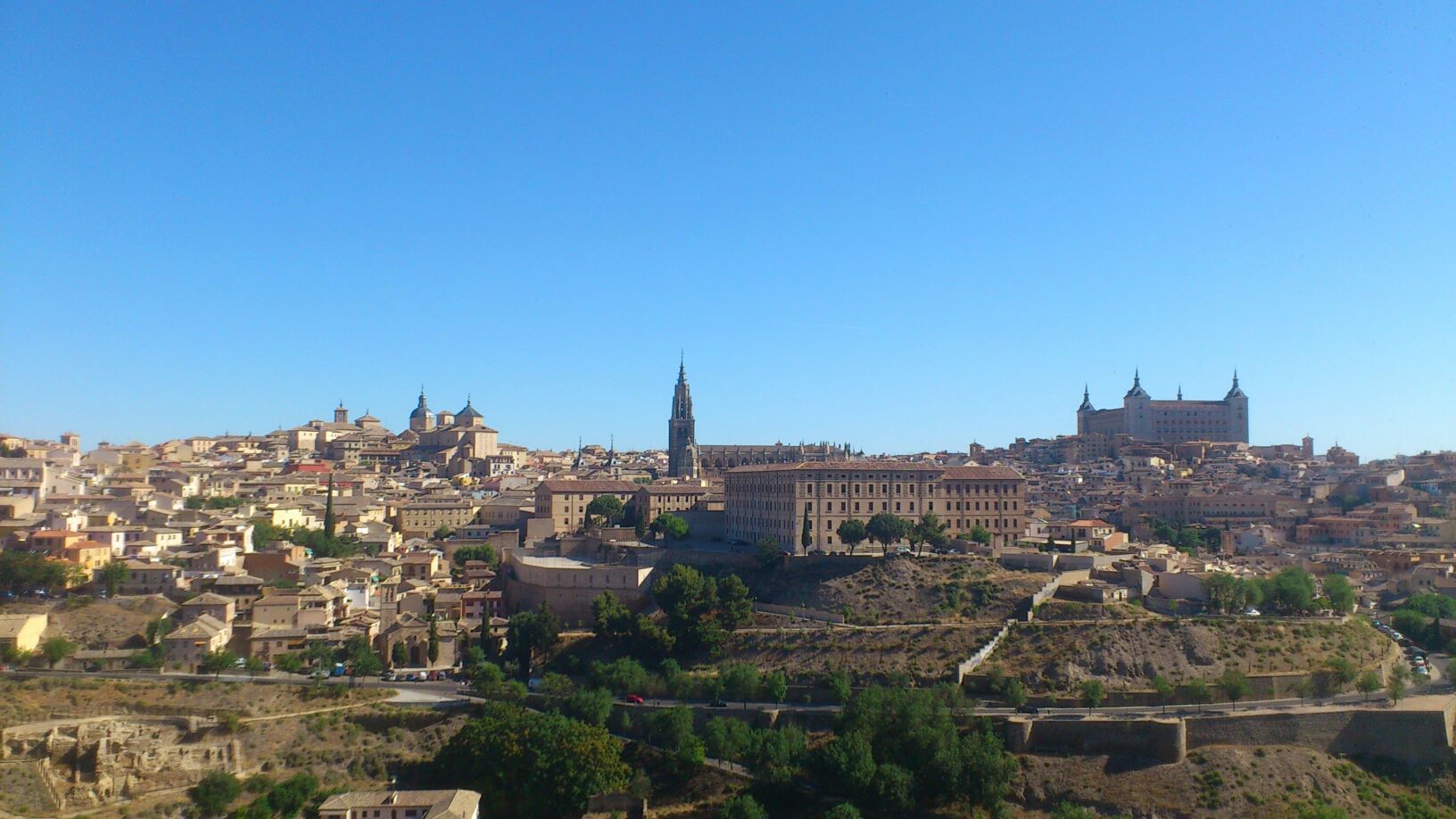 No images available at the moment

Welcome to Barcelona Dreaming!
Scroll to top
We use cookies on our website to give you the most relevant experience by remembering your preferences and repeat visits. By clicking “Accept”, you consent to the use of ALL the cookies.
Do not sell my personal information.
Cookie SettingsAccept
Manage consent

This website uses cookies to improve your experience while you navigate through the website. Out of these, the cookies that are categorized as necessary are stored on your browser as they are essential for the working of basic functionalities of the website. We also use third-party cookies that help us analyze and understand how you use this website. These cookies will be stored in your browser only with your consent. You also have the option to opt-out of these cookies. But opting out of some of these cookies may affect your browsing experience.
Necessary Always Enabled
Necessary cookies are absolutely essential for the website to function properly. These cookies ensure basic functionalities and security features of the website, anonymously.
Functional
Functional cookies help to perform certain functionalities like sharing the content of the website on social media platforms, collect feedbacks, and other third-party features.
Performance
Performance cookies are used to understand and analyze the key performance indexes of the website which helps in delivering a better user experience for the visitors.
Analytics
Analytical cookies are used to understand how visitors interact with the website. These cookies help provide information on metrics the number of visitors, bounce rate, traffic source, etc.
Advertisement
Advertisement cookies are used to provide visitors with relevant ads and marketing campaigns. These cookies track visitors across websites and collect information to provide customized ads.
Others
Other uncategorized cookies are those that are being analyzed and have not been classified into a category as yet.
SAVE & ACCEPT